Many thanks to John McAuliffe and the Irish Times for including my latest poetry collection, The Hollow Woman on the Island, in the latest reviews round-up. Here’s the link and text: 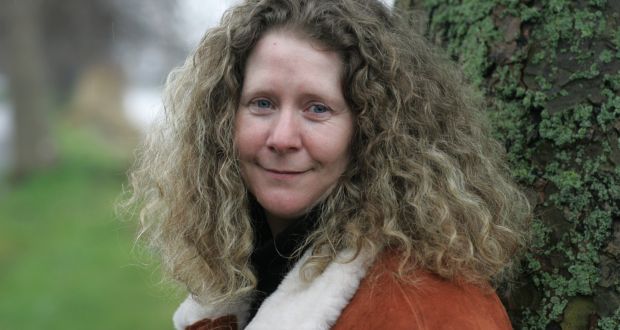 Nessa O’Mahony: her work has a confident grasp on family and inheritance. Photograph: Frank Miller

Creation and inheritance are at the heart of Nessa O’Mahony’s The Hollow Woman on the Island (Salmon, €12). Although O’Mahony’s style generally aspires to plainspokenness, the book includes a pattern poem or calligram, Simple Arithmetic of the Human Egg, which takes the shape of an egg and counts down from human generations, “Born/with two/ million but the/ maths are insane,” to the different matter of artistic creation, “pebbles washed up,/ edge wavepolished/ into Henry/ Moore.”

The central, title sequence recounts the experience of ovarian cancer – “The soon to be hollow woman waits/ in a room with four doors, all closed”, documenting recognisable scenes (“She looks at the piles of glossies/ from two years ago and picks one up;/old news is better/ than new news”) but still protectively noticing the outside world, “two parent wrens / cordoning a fledge / as it careered / from hedge to vine / and back again, / settling on the slant / of the garden shed.”

O’Mahony’s strongest poems are those in which her confident grasp on family and inheritance are placed in relation to an object and image (like that “wavepolished pebble”) which sets her world in relation to something else, a new idea or frame of reference. The book remember neighbours, a watchful “Mrs Pass If You Can”, and north Cork relatives, while a memorable elegy, The Hare on the Chest, makes “the zigzag chase of a breathless hare” become its subject’s resting place. The book’s more occasional poems lack such specific images and forceful metaphors as they recount debates about Stem, or encounters with Joyce, poetry at UCD or Mary Wollstonecraft.