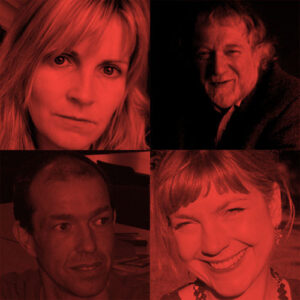 I spent three of the happiest years of my life living in Wales. I was studying for a PhD at Bangor University and living in a mid-terrace Georgian building, with a bay-window fronting out onto the Menai Straits and the Snowdonia Mountains. I was immersed in books  reading and walking and researching and couldn’t have conceived of a better life. Money was tight, of course, but that was good training for the freelance writing life that was to follow 😉

One of the greatest joys was finding out about Welsh culture and literature. Up to that point, the only taste of it I’d had was a brief exposure to the writings of Dylan Thomas and the extraordinary privilege of hearing R.S. Thomas at the Irish Writers Centre, sometime in the 1990s. So I had no idea of how culturally rich a country Wales is, what extraordinary pride the Welsh take in their writers and painters and scholars, and how little lip service is paid to the notion of the arts and culture. Their devotion is genuine and manifest. Their separate language is visible everywhere, and heard constantly, in the north of the country at the very least. If you want to work in the public services there, you need to learn the language, you don’t get away with a nod or a wink. And the landscape is dotted with stone circles commemorating the holding of one of their large cultural festivals, or eisteddfod.

What I also discovered was how close Ireland and Wales are. Although it is indeed 66 nautical miles between Dublin and Holyhead (or so the old Stena banners used to claim), at its closest point (between the Llyn Peninsula and Wicklow Head) it’s only 27 nautical miles, and there are historical records of the regular raids that Irish pirates made on the Welsh coast throughout the centuries. Many place names in Wales contain words for Ireland or the Irish in them, and even St. Patrick is commemorated in more than one early Christian church there, including the glorious Llanbadraig on the coast of Anglesey.

So I was delighted when the Irish Writers Centre agreed to hold an event exploring the many cultural links between our two countries. There’s a fantastic panel lined up – sublime poet Nerys Williams (who lectures at UCD), exquisite prose stylist Simon Holloway (who lives outside Bangor and teaches at Bolton), Lleucu Siencyn, head of the agency that promotes and develops literature in Wales, and Jonathan Williams, a Welshman who has become one of Ireland’s most influential literary agents. There’ll even be a Welsh male voice choir. What more could you possibly ask.

So join us on Thursday 26th February, the Irish Writers Centre. More details on how to book are here: http://irishwriterscentre.ie/products/66-nautical-miles