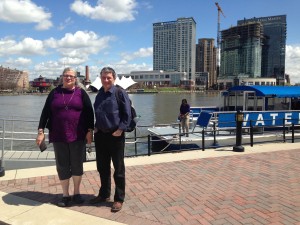 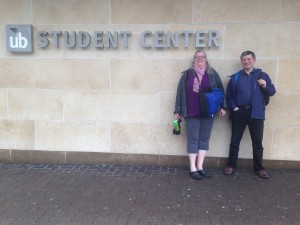 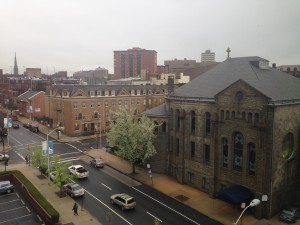 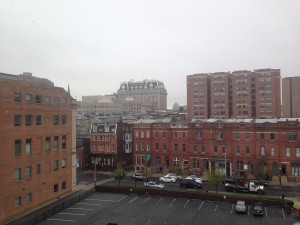 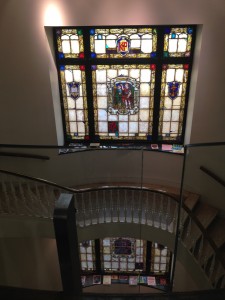 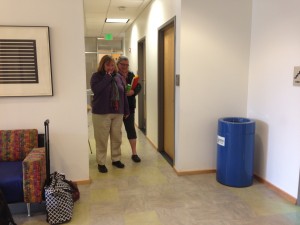 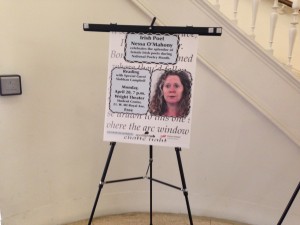 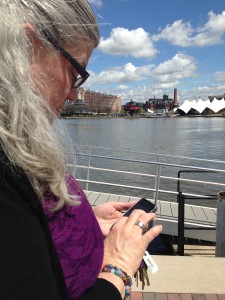 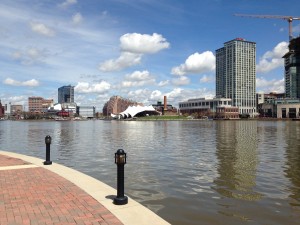 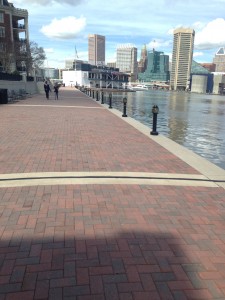 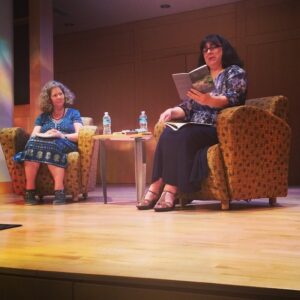 I’ve been lucky enough to work with some amazing writers and teachers over the past number of years. One of my happiest collaborations has been with the amazing faculty of the Armagh Project, a US-based outfit that brings undergraduate students over to Armagh for the month of July to experience the life, culture and politics of that extraordinary part of our island. Some of the faculty members of the Armagh Project are based at the University of Baltimore, in Maryland, and many of their students participate in the programme each year, so I was especially thrilled when UB-based playwright Kimberley Lynne invited me over to perform my work at the UB Spotlight’s Charles Wright theatre during the month of April. Culture Ireland kindly agreed to support the trip, which also included a reading in Washington DC.

Kimberley also suggested that, while in Baltimore, I might like to meet some of the class groups to talk about Irish culture and poetry, so the reading tour took on a whole additional dimension as I cast about for subjects that would suit the different class groups, who study 20th century culture and ideas, creative writing and Irish studies. I felt rather privileged to get a chance to talk about my country, its writers and history, to groups of American students, and also rather daunted. I wanted to get the balance right – to be informative and accessible without being simplistic. In fact, many of these students turned out to be far more informed about Ireland and its history than I was, down to the expertise and dedication of teachers like Kimberley and Joan Weber, a writer and theatre in education specialist, who have immersed themselves in Irish culture over the years.

The reading at the Wright Theatre was great fun; the audience was attentive and informed and there was an excellent question and answer session at the end during which I was asked about my predilection for water-based imagery. It’s marvellous when readers notice something one hadn’t previously.

One of the best parts of visiting Baltimore was to get the chance to see it through the eyes of people who’ve lived their all their lives, or much of them. It is a beautiful city: a huge stretch of water (Chesapeake Bay) at its heart and extraordinary Victorian architecture at its centre. And I had wonderful tour guides. Both Kimberley and Joan are proud Baltimorians, and they taught me a great deal about its history, both distant and recent. The riots over the death in custody of Freddie Gray hadn’t happened yet (in fact, they broke out just a day or two after we left the city) but he had already died and both Kimberley and Joan had been speaking about the tensions simmering in a city where the ethnic divide stretches back to the ‘White Flight’ of the post MLK assassination- troubles of 1968 and beyond to the legacies of the Civil War itself. Indeed Joan and I had been discussing the difficulties caused by the failure to face up to Civil War legacies, both in her country and on our small island. So it was very distressing to see reports of the trouble flaring up in the days after our departure. Baltimore is just the latest in a long line of similar events, with the same issues at their core. I just hope that some longer term solutions can be found, if Americans are prepared to do the sort of ‘soul searching’ that President Obama was recommending in the aftermath of Gray’s death.

Throughout my visit, I referenced Randy Newman’s song ‘Baltimore’, which I’d heard constantly growing up in a Churchtown house with a brother who was one of his greatest fans. Oddly enough, Newman’s name rarely got more than a quizzical grunt when I mentioned him. Perhaps Baltimorians took his line ‘It’s hard to live’ at face value; in a place where the cannon on the hill is aimed directly into the centre of the town (another Civil War legacy) they do tend to have a long memory.